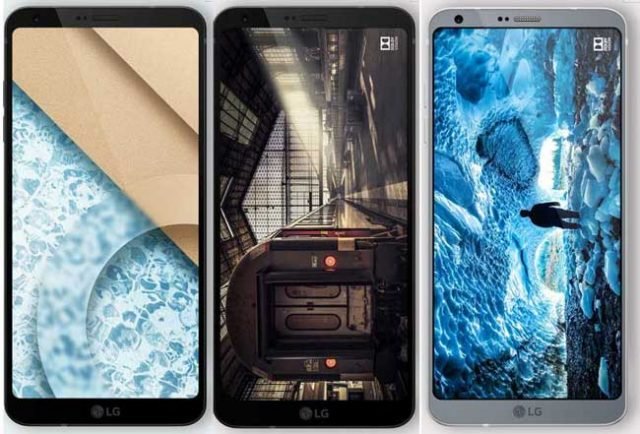 LG G6 Price in Kenya and Nigeria: In the past, LG has tried several times to at least get a huge market share in the flagship market.

They have tried to come up with several phone concepts and designs. So far, all their efforts have been in vain.

In the year 2016, the G5 was introduced. The phones concept was that it would allow people to use various modules to improve their LG G5 in unique and personal ways.

For example, one could use a camera module, a battery module or a game module.

Read: Guide to buying a the best smartphone for your needs
Read: iPhone Offers in Kenya
Further Read: Samsung Galaxy phones in Kenya 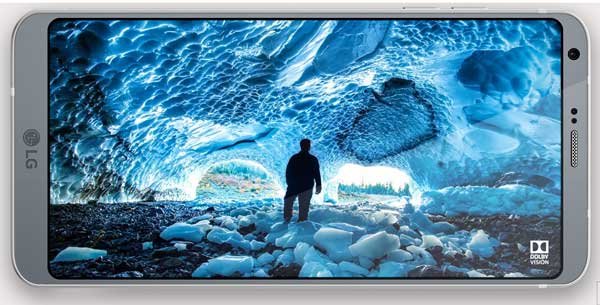 With the LG G6 released, the company is yet again hoping it will find the right footing and at least get a huge following. Only time will tell if this is possible.

From my own personal experience, it usually hard convincing someone to crossover from what they find reliable and have used for several years.

LG have completely abandoned their modular concept that they used in the G5. Instead choosing to go with what the industry considers “normal phone designs”.

When it come to the body, things are swapped up. The G6 by LG uses majorly a glass body instead of the aluminum we are used to.

In the G5, the battery was removable but that is not the case anymore. LG decided that the concept was not just working out. I think the modules idea did not pick majorly because there were not “enough useful modules upon the release of the device”.

My take on the design is that it is not any different to what we are seeing currently. The design looks similar to all other flagship android phones in the market.

What are the color options available? This is where the LG lets us down. Compared to other “similar” phones, somehow they have managed to ensure that we only have two color options.

While its competitors are going for over 5 color options, it is stack with only two, white and black. My hope is that when the smartphone is released, they will come up with at least one more choice.

The LG G6 screen is very unique, this is because unlike any other phone in the universe, it uses 18:9 aspect ratio. This ensures that you are truly immersed in any activity on your phone.

Apps will make a better use of the screen and movies will take up the whole screen unlike in other phones which generate black bars at the bottom and at the top. Resolution is 1440 x 2880 pixels with a density of 564 ppi.

Most guys I know look at the ram first before any other thing when to comes to knowing the performance of an android device, so I will start with that.

The LG G6 comes with 4GB of ram. In flagship devices, this has become the standard although some such as the Samsung Galaxy S8 is expected to ship with more than that.

All other factors remaining constant, a 4GB RAM runs android quite well. You see, apps are made not to use a very high amount of RAM since the market share is in the mid-range and low end. So if you want to buy this phone, you are safe when it comes to multi-tasking. 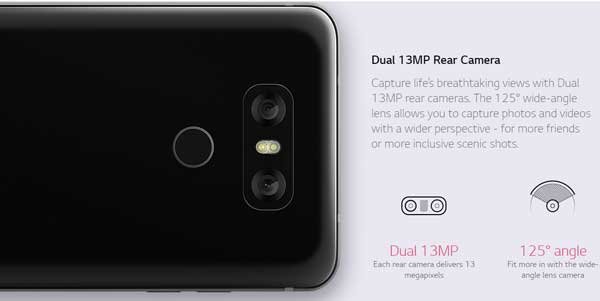 The processor: it will most likely ship with the Snapdragon 821. I am not sure yet because upon the release of the device, Cho Juno who is head LG’s mobile division was not particular about it.

The performance is similar to what we have seen from other flagship devices. Since this processor has been used by mobile phones for a while, I was hoping that it would have shipped with the latest versions of Snapdragon.

However, that is not the case because Samsung decided to snap up all the latest processors for use in their S8 smartphone.

LG G6 will run android 7.0. With Nougat, Android has introduced several improvements. These include patching security issues, twerked icons and animations and interface changes to name just a few.

As we all know, very few manufacturers ship their devices with stock android, so the phone will come with LG’s own unique UI.

Battery and other features.

The G6 by LG come with 3300mAh lithium ion capacity.

This amount, I expect it to last through the whole day without any problems. To achieve the seamless design, the phone had to have a non-removable battery.

Fast charge is also a main feature in this device, it can go from 0 charge to 50% in 30 minutes only. Wireless charging is also available.

Unlike the LG G5, this device achieves water resistance of IPV6 rating. This means it can stay immersed in 1.5 meters of water for 30 minutes without the water entering the device.

Here in Kenya, this feature is also important since “rain might find you” or you may accidentally dip the thing in water at the sink. 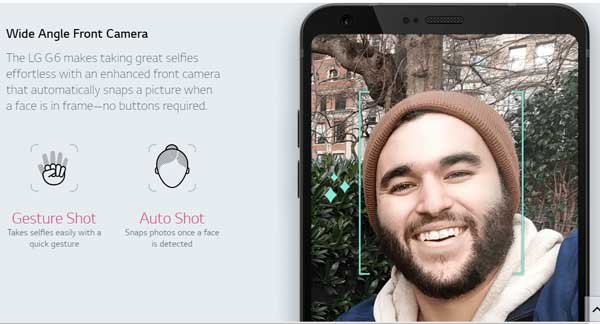 These are the full specifications of LG G6 in a table

When offers for the phone are available, I will update you.
Other LG phones you might be interested in: LG G4 Review and Price in Kenya
Lg Magna price in Kenya AND LG G3.