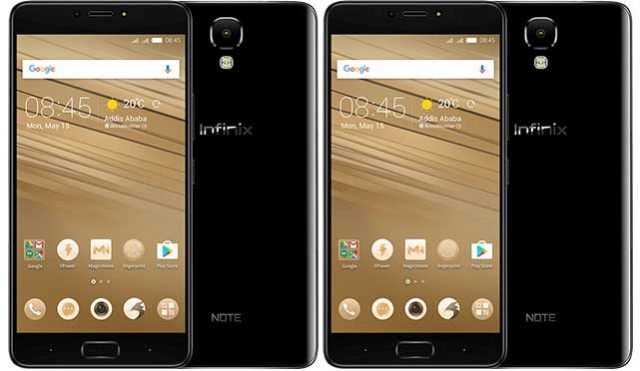 In this article, we’ll go through the similarities and difference between the two phones by Infinix.

Both phone have been released in 2017 with the Infinix Note 4 leading the way. The Note 4 Pro was released 3 weeks later.

So here goes the comparison between Infinix Note 4 and Note 4 Pro.

It is important to note that the difference between the two devices is very little.

Design wise, the two devices are almost similar. However, the only difference is that the position of the LED Flash has been slightly modified on the Note 4 Pro. Unlike in the normal Note 4, it is besides the camera, and note below.

When it comes to the specifications, the difference is also little. In the Note 4 you get 2GB of RAM while in the Infinix Note 4 pro, it is 3GB. In addition to that, the former has only 16GB of storage while the latter has 32GB.

When it comes to the battery, you have the Pro version with 4500mAh while the normal Note has 4300mAh.

In addition, the Pro has a stylus, the “X PEN“. With this, you can take notes and reminders (major use).

Al other specifications are the same.

See these Other Infinix Deals