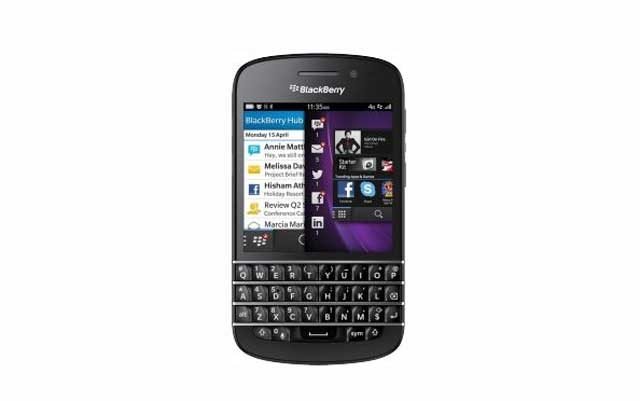 Although the Blackberry Q10 was released a while back, it still does a decent job in carrying out the everyday tasks. Its launch was back in 2013 and it weighs only 139 grams measuring 119.6 x 66.8 x 10.4 mm. Just like we are used to, they have kept the color options to two only, black and white. The Blackberry Q10 price in Kenya starts from Kshs 20,000.

In the Blackberry Q10, you get a Super AMOLED multi touch screen. You’ve got here a display with a resolution of 720 x 720 measuring 3.1 inches diagonally.

The Pixel density is 328ppi, for such a small display, this is good. In the cameras, you get an 8MP primary one a 2MP selfie one, nothing much to talk about here.

The Q10 runs Blackberry OS version 10 with a dual core Qualcomm Snapdragon s4 processor. It is clocked at 1.5GHz and comes with an Adreno 225 GPU.

When it comes to the internal memory, you get yourself a 16GB storage and an option to expand it up to a maximum of 64GB.

In connectivity options, the smartphone does not let you down. It has 4G, SG, GPRS, EDGE not forgetting Wi-Fi and Bluetooth.

Speaking of the battery, the Blackberry Q10 has a capacity of 2100mAh. The rated talk time is 10 hours and a standby time of up to 15 days.

Other features include NFC payment and a QWERTY keyboard.