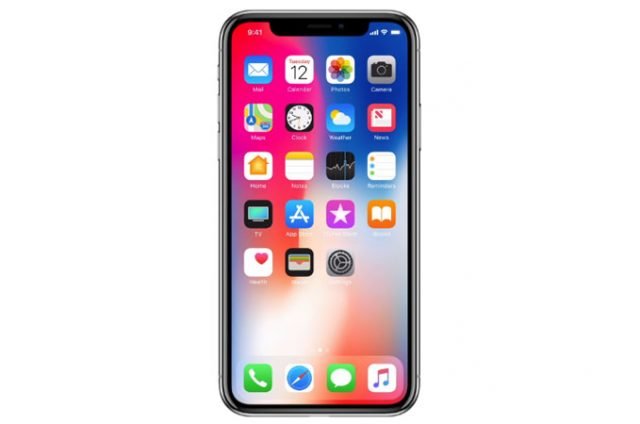 Apple has just announced the iPhone X. This is pronounced as iPhone 10. The smartphone showcases the latest tech that Apple has to offer. These include the new FaceID, a Super Retina Display and wireless charging.

In addition to the iPhone X, two other devices were unveiled, iPhone 8 and iPhone 8 Plus. Here are some things you need to know about the device. You can also take a look at iPhone Prices in Kenya.

The mobile phone starts at $999 in the US. The Apple iPhone X price in Kenya is expected to start at around KSh 150,000. This is taking into consideration the previous price increase when the previous iPhone models have been imported. Apple has adopted a radical display redesign in the iPhone X (10). The phone has done away with bezels. It offers an edge to edge display that measures 5.8 inches. For the first time, Apple has used an OLED display on an iPhone. This has a special name, the Super Retina Display.

There are a couple of benefits that OLED displays offers. These include, true color reproduction and accurate colors.

The Super Retina Display of the iPhone x supports a resolution of 2046 x 1125 pixels. In addition, you get a pixel density of 445 PPI, the most any iPhone has had. With support for High Dynamic Range (HDR), the display is able to have better contrast ratio.

Apple iPhone X, has had a major redesign. The back panel is made of glass. In addition, the iPhone X is also dust and water resistant.

The mobile phone comes in two finishes. Space Grey and Silver. The choice here will largely boil down to personal preferences. 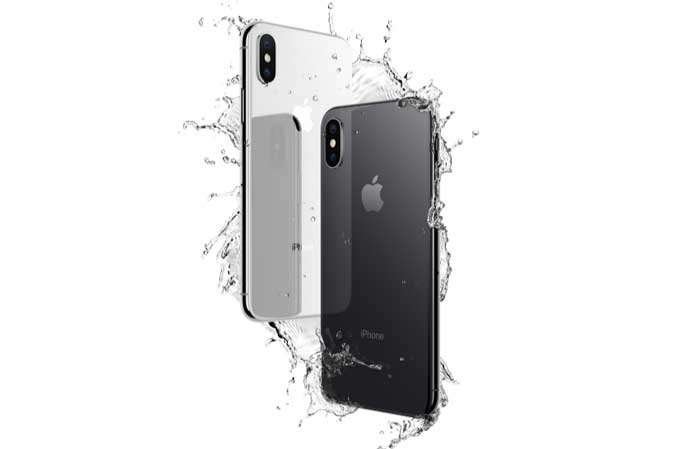 For the first time ever, an iPhone will not have a home button. This is because the screen stretches across the entire front of the device. To wake up the screen, a user is required to swipe pick it up or swipe across any part of the display.

IN addition to that, closing an app will require you to swipe up on the screen from the lower end.

Previously, the TouchID has been an essential part of the iPhone. The iPhone X replaces it with a depth sensing front camera. This will be used to unlock the device by using over 30,000 data points on a person’s face.

This data points ensures that even a photograph cannot be used to trick FaceID.

The chance of someone breaking into your device using FaceID is 1 in a Million. Unless you have a twin. It is important to note that for TouchID, the chance was 1 in 50,000.

The good thing about the Face ID on the iPhone X is the fact that it can be used when wearing glasses, a hat or even in the darkness.

A couple of sensors are used for the Face unlocking. These include the Infrared camera, flood illuminator, dot projector and a True Depth Camera system.

This feature is integrated with Apple Pay and a new feature known as Animojis for messaging.

iPhone X, comes with wireless charging. This is made possible by a new glass back. In addition, Apple has stated that the battery life is wo hours longer than the iPhone 7. This is mainly made possible by the improvements in Software and hardware implementations.

A new accessory for charging will also ship for wireless charging. This is known as AirPower. This will allow you to charge all your apple devices on it at the same time. These include the Apple watch, iPhone 8 and 8 plus and the AirPods. 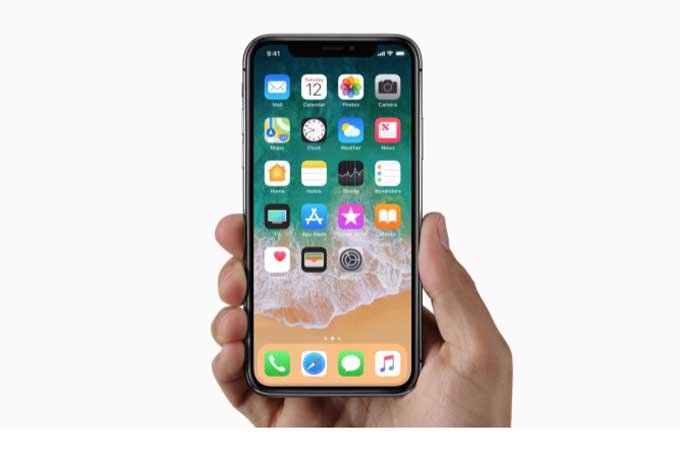 Apple iPhone X comes with one of the best cameras. At the rear, you get 12 megapixels with dual lenses. It comes with true tone flash to help you take better images in low light conditions.

With this new camera, a Portrait lighting mode has been introduced, letting people choose their lighting effects.

When it comes to the secondary selfie camera, you get a lens that is powered by a true depth Camera system. In addition, portrait lighting is also available in this camera.

The following are the rumors I wrote before September 12th (Before unveiling of the iPhone X). Some features have changed while others have remained the same.

Apple iPhone 8 is expected to launch in September of 2017 to mark the 10th anniversary of the iPhone. Substantial leaks have led people to believe that the device, will feature a front facing touch ID beneath the display and a bezel size of only 4mm. This bezel will be uniform throughout the device which. Below, are the expected features of Apple iPhone 8. (rumors)

Apple have adopted a radical display redesign in the iPhone 8. So, you should expect a huge difference when it comes to the size and shape. We are going to get a larger and stylish screen when compared to other smartphones in the market.

When it comes to the type of the display, rumors are clearly pointing to a curved AMOLED. This will be a break away from the usual LCD panel, which is flat. 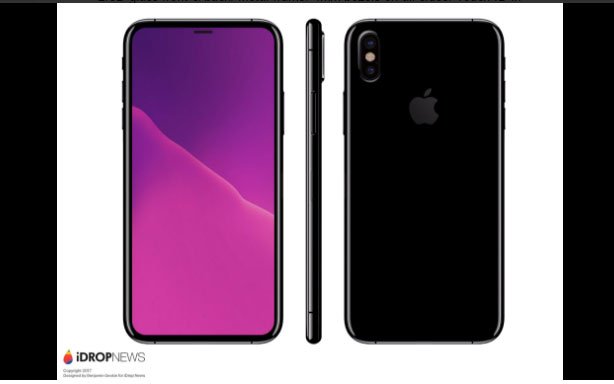 Now, there are huge advantages to having an AMOLED display. Chief among them is improved blacks and whites(contrast). Also you get a more vibrant color reproduction with improved battery performance.

For your info, the curvature of the iPhone 8 won’t be as much as that of Samsung. In fact, the display itself won’t have a large physical curvature. Instead the edges of the display panel won’t be flat, it will have rounded edges.

You might get more options when it comes to the Apple iPhone 8 screen sizes. There are 3 options here; 4.7, 5.5 and 5.8 inches. What this means for you is that you get a variety of choices when it you want to purchase it.

An all screen display has many advantages. Not only do you get more screen real estate, but also the physical size of the phone is not increased.

Substantial leaks have led people to believe that the device will feature a front facing touch ID beneath the display and a bezel size of only 4mm. Samsung were also reportedly looking at integrating the fingerprint scanner beneath the screen, but ran into substantial difficulties in the technical bits.

Initially, there were rumors that the touch Id would be moved to the back of the device. These have already been debunked because Apple have repeatedly said they will not sacrifice usability of their devices. Also, the supposed position of the fingerprint scanner is just not “Apple”.

The aluminum bezel will be uniform throughout the device which will enable the iPhone 8 to achieve an edge to edge effect. People have seen this as a response to Samsung releasing their Galaxy S8 and Galaxy S8 Plus with the infinity display.

The composure of the body is mainly glass with aluminum chassis. You should expect the same size of the phone as that of the iPhone 7. However, when it comes to the color option, there is proof that Apple iPhone 8 will come with a “Blue” color. The other colors, such as rose gold and white, will be retained.

The iPhone 8 in Kenya is expected to have a battery capacity of around 3000mAh. The larger version of the device, is rumored to have two batteries for extended use. 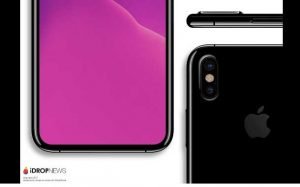 Apple, have repeatedly ignored fans when it comes to the introduction of fast charging. However, the 10th anniversary device is expected to have the feature. Not only that, but it will also have wireless charging capability.

You’ve probably guess this one right. Apple, is expected to maintain their normal release schedules. With the iPhone 7 Plus launched on 7th September of last year (2016) and iPhone 6 on the 9th of September 2016, You should expect the smartphone to be unveiled in early September 2017. Subsequently, the iPhone 8 will be on sale in mid-September 2017. However, there are rumors of delays. This is fueled by the fact that Apple might be experiencing technical problems when it comes to putting the fingerprint sensor “behind” integrated into the screen. 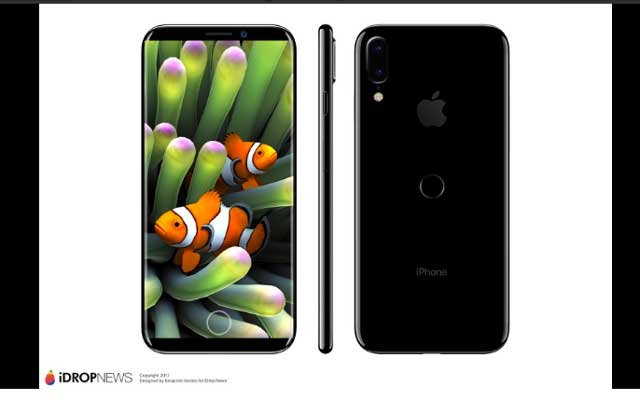 The iPhone 8 price in Kenya will start from Kshs 80,000. With the information that we currently have, there will be three iPhone options.

The following are the phone’s expected specifications. 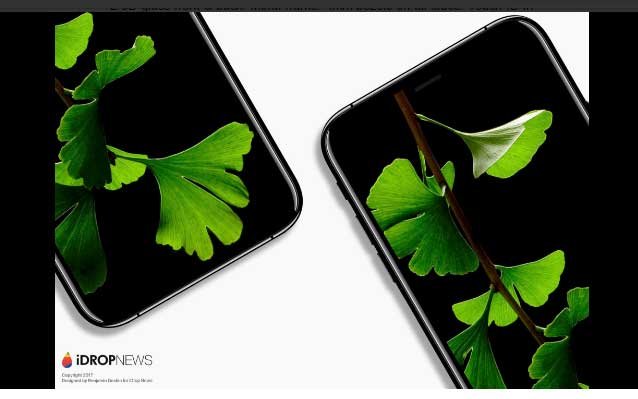